A unique online event is going to be held this Friday, an old-school dnd dungeon crawl with genuine ebooks and paperbacks as the random treasures. Among the treasures will be two ebook copies of Beyond the Mist, two of Nobility Among Us, and two of Selected Verse – Heroes and Wonders (If it’s not on sale by the time the game starts, these will be eARC’s of that collection). The event is sponsored by Nick Cole’s excellent Cyberpunk Novel Ctrl-Alt-Revolt!, so there will be in-game bonuses for people who have bought and/or reviewed that book. Don’t ask me how the game will work, I’m not running it, just contributing to the pot of prizes together with a lot of fine writers, and that pot is still growing. Take a look for yourself over here: 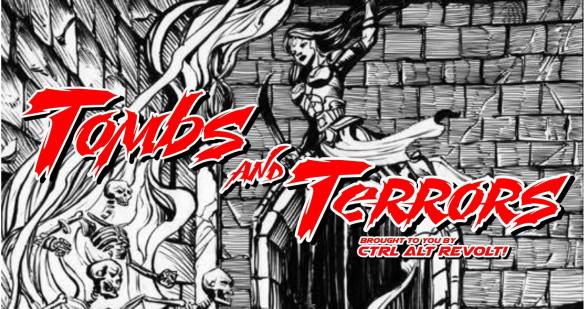 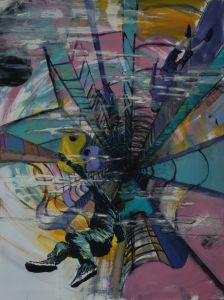 The contest deadline expired 12 days ago, the winning name has been selected and incorporated into future installments (influencing what goes on in those instalments in various ways), and the winner, Joanne G. Watson, has been contacted so that the first of her prizes can be sent her way this week. Congratulations and thank you to Joanne, for the excellent name for Beyond the Mist’s protagonist. That name will be revealed in the next issue of Sci Phi Journal, due to come out in about a month from now.

We are heading into the final week of the Beyond the Mist Naming Contest. The discount on early issues of the Sci Phi Journal is over, and all the relevant issues for the contest are out, now is the time to make your choice. What kind of man is our protagonist? What does he want to be? What direction do you want him to take into the unknown? Choose your name, your reasons and send it in to editor@sciphijournal.com before 11.59pm GMT on the 14th of July with ‘Beyond the Mist Contest’ in the subject line.

As of this post, there are 13 days and just over 6 hours left to send in your names for the Beyond the Mist Protagonist Naming Contest

Issue 6 of the journal is now available from castalia house, so there are no more excuses to avoid grabbing a copy, considering your options, and sending in your suggestions. 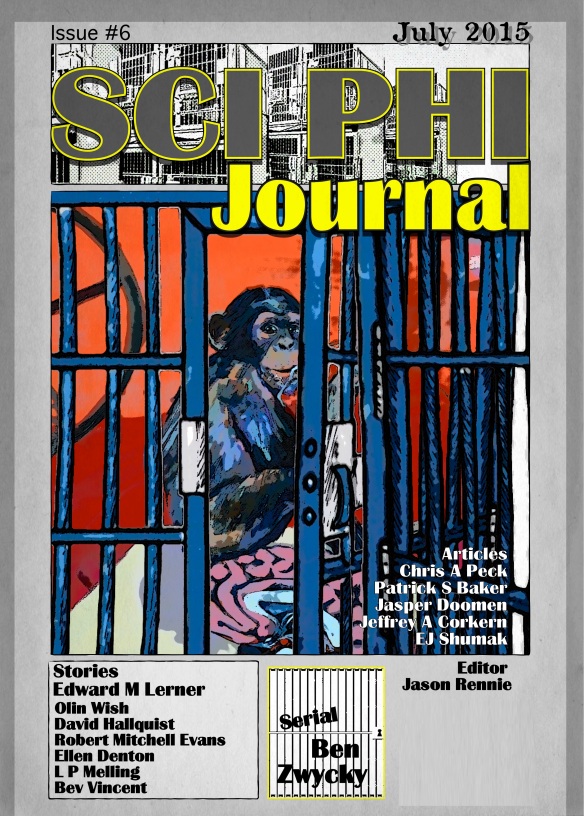 Look  whose name got put in a separate cage – rawr!

UPDATE: The paperback version is also now available from amazon:

or direct from createspace:

The first four issues of the rest of the journal are still on sale for another few days, so this is your last chance to get caught up with the action for less. Enjoy your read, feed your mind and good luck in the contest!

Brenda W. Clough over at Book View Café makes mention of the Beyond the Mist naming contest (although she links to the announcement at SuperversiveSF rather than here), and has this to say about it:

I would never in a thousand years do this. A contest to name the protagonist? A character with whom I am going to be spending the next year of my mental life, whose every dream, digestive upset, sexual encounter and trauma from birth to grave I am going to invent out of whole cloth? I would never hand over such power to anyone; I shall reign like Alexander, and I shall reign alone.

You can’t pick the name for your hero off a list.

She is right, of course. I would never normally surrender control of such a pivotal character-molding parameter and guard my creations with absolute care. So what has happened to my sanity in this case? My response:

Before anyone asks, nobody else suggested to me that I do this, I have been planning it for more than six months and first suggested the idea to the editor of the journal three months ago. He gave the go-ahead, and here we are.

It is a risk, and I wouldn’t do it for any other venue, but I have faith in the intelligence of Sci Phi Journal‘s readership (a journal dedicated to philosophy and science fiction is going to attract intelligent readers). My faith seems to be justified- I had a placeholder name in mind, but the very first (and currently winning) entry suggested a name that I would happily use instead.

I expect most of the entries will come in after Issue 6 is out, and if someone can come up with something better, great.

I look forward to reading what else Sci Phi Journal’s fine readership can come up with. Don’t disappoint me!

How many times have you been offered the chance to name a character in a published work? And how many times has that been for the main character of a work where a substantial portion has already been published?

As those of you who have been following Beyond the Mist know*, the main character has no memory of who he was, would like to recover his old name, but has the option of choosing a new one for himself. The instalment in Issue 6 has been tweaked so that it will end just as he is about to choose a new name, and I am inviting Sci Phi Journal’s readers to choose what that will be.

This will be done in the form of a contest; the winning entry will determine his legal name in the story world from that point forward, (and will remain so even if he later discovers what his old name was). This name will reflect what he has discovered about himself so far, as well as what kind of man he intends to become in the future.

The format of the contest is as follows:

The contest is now open, good luck and spread the word as widely as you can, please!

*and if you haven’t been following the story, now is your chance to catch up, since chapter 1 can be read for free here, and the ebook versions of issues 1-4 of Sci Phi Journal are now half price for the whole of this month. A competition has been set up over at my publisher’s website, with 2 free paperback copies of Nobility Among Us on offer for the winners. All you have to do is read an extract from the book and give your name and email address to be entered into the random draw. The deadline for entering the contest is the 12th of July.

Details can be found here:

I am currently in the final stages of self-publishing Nobility Among Us. The final book cover, internal artwork and manuscript have been approved, and are currently being processed by the printer, after which I will obtain a single copy for final approval before it goes on general sale (most likely in about a month).

Going the self-publishing route means doing all of my own marketing, and my funds are extremely limited. I have an idea for promoting the book via youtube video, but I don’t have the skills or tools to produce something of sufficient quality, I am especially interested in high-quality audio.

So, I would like to announce a youtube video creation contest, with a small cash prize, the overall prize fund being 60 US dollars plus two free copies of the book, the winning videos being used to promote the book. END_OF_DOCUMENT_TOKEN_TO_BE_REPLACED