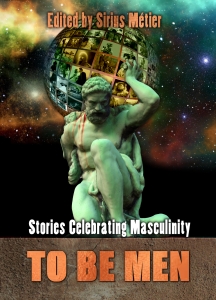 Tired of stories about men as bumbling idiots? Of fathers as incompetents? Of masculinity as “toxic”? Tired of misandry? Ready for some real masculine role models? Stories about heroes and men who do the right thing? Stories about real men? The kind that provide for their families, love their wives and children, and make sacrifices. And save the world. A collection of seventeen stories and two essays, To Be Men: Stories Celebrating Masculinity pays homage to men and masculinity. Fun. Action-packed. Thought-provoking. Whatever your tastes, you will find enjoyment in these pages. Each story embraces, in its own way, virtus—the concept of valor, manliness, excellence, courage, character, and worth. The sentient Colt 1911 destined for the smelter. A courageous werewolf who embodies virtus no matter his form. The wizard raising a family in the 21st century. Sherlock Holmes’ newfound respect for women. A future untamed frontier where “women and children first” proves itself a timeless maxim. The hero who identifies as a M1A2 Abrams tank. A Vietnam War sailor defending his gay crew mate, because when bullets are flying, only what you do matters. The police chief in a noir-style world where Fae, dragons, and humans live, love, and break the law. These stories will delight and entertain you.

To Be Men from Superversive Press is available in paperback, and can be pre-ordered on Kindle before its release date on the 16th of June.

Tales of explorers, lost worlds, strange and wondrous creatures, gods & goddesses of old, miraculous inventions, aliens, bots and post humans, brought together in this anthology of discovery and daring.

Come explore the legends and chronicles of planet Earth and the space beyond in the fourth volume in the Planetary series.