Two new books were recently released by Superversive Press, A Case for Mary by David Knox, which is a non-fiction defense of the Orthodox Church’s position on the Virgin Mary; and Guard Training by Jon Del Arroz, a second short in The Rislandian Adventures series following the exploits of James Gentry as he trains to become a Crystal Knight. 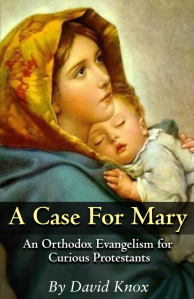 Mary was a Virgin but did she stay a virgin after Jesus was born? Did she live a sinless life?

In his debut work, David Knox explores these and other questions that have become points of contention between Protestants and Orthodox Christians.

Using scripture, history, culture, and linguistics, A Case For Mary shines a light on how, and more importantly why these ideas came about, and why they may not be so unbelievable after all. 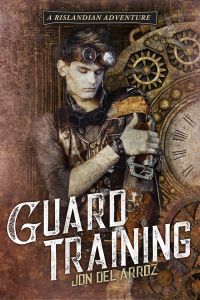 Apprentice Knight James Gentry is used to a life of travel and adventure, but now he’s been assigned to stand guard for Princess Reina. Tensions mount with King Malaky, as James can’t keep his eyes—or hands—off the beautiful princess. To make matters worse, the Wyranth have discovered the location of the king’s retreat, and they’re coming to assassinate Rislandia’s royal family.

James must keep his heart in check as Princess Reina’s passions steam up for him in return. Negotiations for crucial aid to the kingdom could depend on Reina’s hand in marriage to another man. With his heart and the kingdom at stake, can James perform his duty for his country?

In addition, tomorrow at 3pm Eastern Time there will be a Superversive Livestream, no doubt discussing these two books and other seasonal topics. Be sure to head over to SuperversiveSF when the time comes to listen in.

Superversive Press is proud to announce the launch of The Fight for Rislandia, Book Three in the Adventures of Baron von Monocle 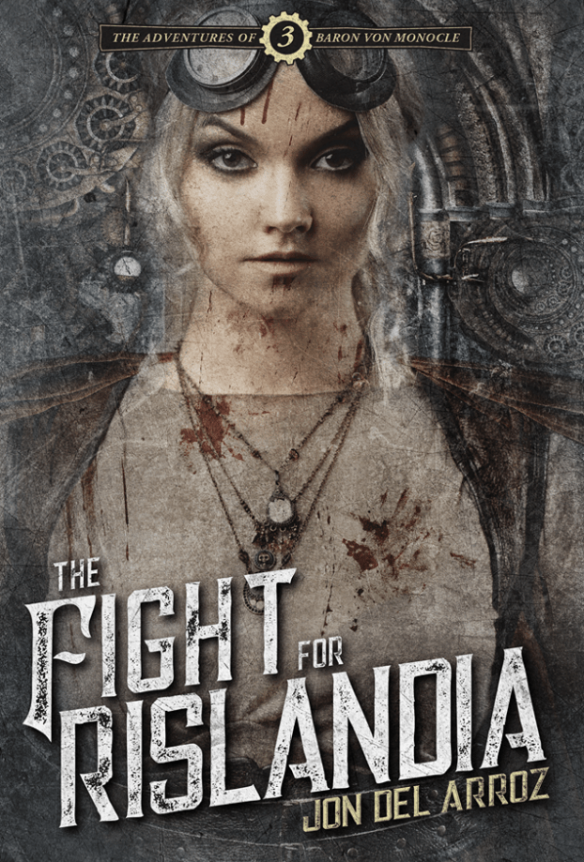 Enemy at the gates!

The Wyranth Empire is marching on Rislandia City. Zaira Von Monocle and her airship crew are all that stands between the invading army and the total destruction of her country.

After her expedition to the Zenwey continent, Zaira discovers the Wyranth have a new source of their giant’s blood soldier serum. The enemy has pressed the advantage and used the lack of an airship threat to gain ground. Meanwhile, the Rislandian Grand Army is running low on supplies and food. They can’t hold out forever.

Join Zaira and her crew as they try to take on the full might of the Wyranth Empire and deal with a deadly surprise the Iron Emperor has waiting for them in the conclusion to this epic steampunk trilogy!

With the imminent release on Thursday 15th June by Superversive Press of Jon del Arroz’ second novel For Steam and Country, I have dared to produce a promotional video to capture its epicness, with some capable help from Sean McCleery and Shawn King.

Do You See the Crystal Spire?

Do you see the Crystal Spire
That adorns Rislandia?
You’ll want to join the Crystal Knights
To guard her land, her sea, her air.

When the beating of your heart
Echoes the thundering of the guns,
Then you’ll be sure to play your part
When the battle comes.

The invading Wyranth soldiers’ eyes
Emit an eerie glow;
The ground is shaken by a force
Whose source you’d like to know;
So now climb up this rope,
Renew your old hope as we go!

Do you hear the turbines roar
As we soar into the sky?
This great airship offers more
Than just a simple earthbound life.

When the fire within your heart
Mirrors the glorious setting sun,
Then you’ll be sure to play your part
When adventure comes.

The book is currently available for preorder at the bitly shortlink given in the video, but Jon would prefer people to buy on the release date itself so as to maximise the Amazon ranking on day 1, meaning the book becomes more visible within Amazon’s maze of recommendation algorithms.