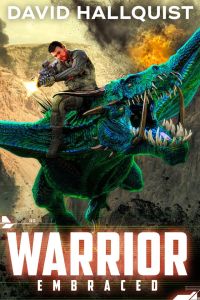 War is spreading across the solar system over the prize that Brandt Wills just found. Could the key to ending this conflict be on blood-soaked Mars?

In a stolen alien ship together with the only other victim of Singularity he’s managed to rescue, Brandt and Psyche journey to war-torn Mars, beckoned there by an ancient alien presence and lured by tales of a massive recently uncovered structure that could be the source of Singularity’s power. Every major navy in the solar system is heading there after them, so things are about get ugly, fast.