This has been a long time coming, and I am happy to finally announce the launch of Hard Moon by David Hallquist.

It was a pleasure to edit this book (as well as the rest of the trilogy), and I’d like to think I made valuable contributions to making it as awesome as it is. 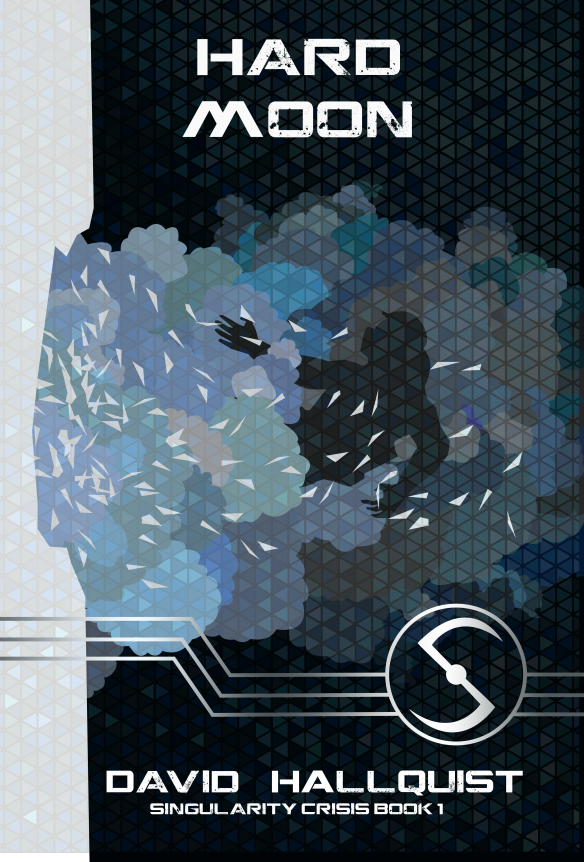 Injected with an alien monster, left for dead, and now hunted by the most powerful men in the solar system.

Surprised to find himself alive in a freezing medical waste dump on Luna, and with an alien creature trying to devour his body and mind from the inside, Brandt Wills slowly remembers who he was and how he got in this mess. He discovers he is not the only victim of a hellish secret laboratory performing vile experiments on humans. His only way forward is to fight for his life, his sanity, and his soul against the most powerful forces in the solar system.

Books 2 and 3 are available for preorder, and will go on sale on the 13th of January and of February. Lyrics to the song:

There is No War That Can be Harder Fought

There is no prize more worthy to be sought,
There is no war that can be harder fought,
Than for the fate of your own very soul,
For eternal are the stakes and goals.

There is a beast that grows inside of me;
One of great strength and raw hostility.
I do not dare let it take full control,
For each time it takes an awful toll.

Its powers have saved my life so many times,
Down in these dank and deadly lunar mines.
The ones who forced this beast into my veins
Shall reap a vast and wrathful hurricane.

I must survive and tell of what I know,
And put an end to this great horror show;
To think that with this monstrous form they can
Improve upon a mortal man?

This is my goal, for now at least I live,
This is the sacrifice that I must give,
To fight for justice, stop those evil men,
And perchance, to find true life again?