In stark contrast to the glowing review by Marina Fontaine, another review of Beyond the Mist appeared at the Publisher’s weekly website last week. The review contains a large number of spoilers and is a mixture of muted praise and sharp criticisms. Some of those criticisms claim that there are structural flaws in the storytelling and weak characterization. Perhaps those are justified, perhaps not, I am too close to the text to be able to be unbiased in that regard – I leave it to those who have read the book to decide if the reviewer is being fair. Other complaints seem to flow from political disagreements with the themes and concepts in the work. One issue in particular I would like to respond to without giving away too many spoilers.

Click on the image below to read the book for yourself unspoiled: 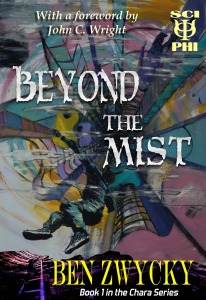 Before I get to that main point, the reviewer begins thusly:

“The setting of [SPOILER] doesn’t quite fit this story…”

Hmm, giving away a major reveal in the book four words into a review. Dare I describe that as a little… unprofessional? No matter, moving on.

The reviewer felt that the wider setting of the book did not fit the story. Since no elaboration of this opinion is given, I should be charitable and assume that an overlooked inconsistency or flaw in one of my descriptive passages broke the reviewer’s suspension of disbelief.

I would find it disappointing to have let down my employer (you, the reader) in this way, as I specifically chose and designed the wider society of the book to be one that would be both sufficiently capable and motivated to subject the book’s initially nameless protagonist to the trials and challenges that he faces. (If I was being uncharitable, I would hazard a guess that the reviewer had fallen victim to the ‘modern’ myth of the Dark Ages in which those awful Godbotherers undid all of ancient Greece and Rome’s great progress and held humanity back from solving all of the world’s problems, achieving utopia, and who knows, reaching the stars by now.)

Let’s continue. Where were we, ah yes…

… this story centered on Christian values, free will, redemption, forgiveness, and repressive roles for women.

Oh dear. Perhaps being uncharitable was the wiser path. If there was any doubt about what the reviewer meant by ‘repressive roles’, a parallel complaint at the end of the review clarifies this for us:

women whose only goals involve cooking, marriage, and babies

I will get into minor spoilers here, so feel free to go and read the book before continuing if you haven’t already

There are three possible women in the story that the reviewer could be referring to:

Becoming a parent, especially a mother, is a great challenge that nothing else in life can truly prepare you for. It is perhaps the most difficult thing you will ever do, the greatest responsibility, the greatest opportunity – to raise a new generation, to play a huge role in moulding your child’s character – helping to sculpt an eternal soul.

There will be times when you can’t cope and will need to reach out to others for help – there is no shame in that. Those times can often lead to the formation of bonds of friendship that you will value for the rest of your life.

The thousands of experiences it entails will transform, grow and enrich you in ways you can’t fathom, will bring you highs and lows like you never knew before, will enable you to rediscover the wonders of the world around you through the eyes of your child, and if approached with the right attitude, will make you a better person, into the greatest type of person.

To put it briefly, as Helen Parr (aka Elastigirl) amply demonstrated in The Incredibles:

The below quote from the book is not actually talking about motherhood and all the sacrifices that mothers make for their children, but it fits that context pretty well, don’t you think? 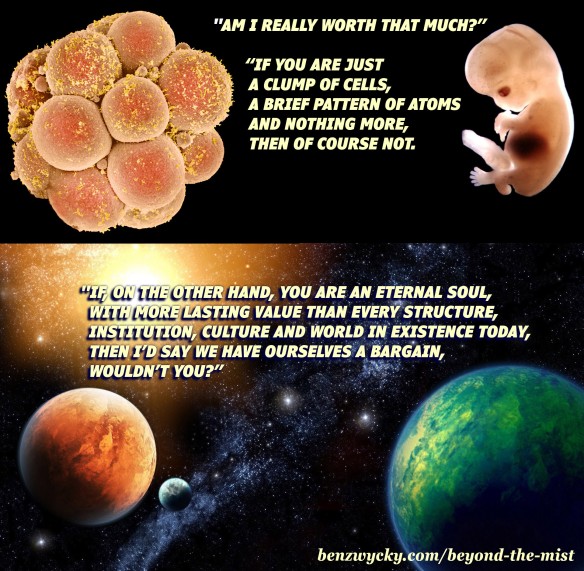 For those of you who have read the book (and read this far), here is a link to the review that sparked this tirade of mine, so you can see for yourself if my response is warranted. I strongly advise waiting until after reading the book before reading the review, since it gives away a number of the book’s major reveals, even mildly misrepresenting some of them.

2 thoughts on “In Defence of Motherhood”